Kodak received a ton of backlash when he recently expressed interest in London less than a week after Nipsey Hussle died.

"Lauren London that's baby, though," he said. " She 'bout to be out here single. She fittin' to be a whole widow out here. I'll be the best man I can be for her. I'll give her a whole year. She might need a whole year to be crying and sh-t for [Nipsey.]"

T.I. blasted Kodak for his words, as did The Game. L.A.'s Power 106 also banned Kodak's music.

So the Florida rapper addressed the situation over the weekend on Instagram Live.

Big Boy from L.A.'s 92.3 already responded to Kodak and didn't quite accept his apology, which you can read below.

I won’t disrespect my timeline posting a pic of Kodak Black. However, I will say this, I’m not here for the blatant disrespect and fake ass apologies. To disrespect the King Nipsey and The Queen Lauren, is where I draw the line. Hip Hop has been very disrespectful lately. Not only is this disrespectful to Hip Hop, but this is disrespectful to a beautiful human being, spirit and a legacy. Sometimes I feel a certain way, but I don’t publicly speak out. I just don’t fuck with the person, place or thing. This one, I can’t just keep it on a personal chill. I’ve been a child of Hip Hop for a looooooong time. Hip Hop raised me and I’ve raised Hip Hop. I’m not new to this or fake with this. I’m a soldier!!!! I’m not just Phone Taps and funny interviews. Check my pedigree. I will not stand by and let Kodak Black come between an allegiance I have with dear FRIENDS. Nipsey’s honor can’t be disrespected like this. We must put a shield around @LaurenLondon and his ENTIRE Family. We can’t allow these things to happen. Nipsey wouldn’t. We look the other way and forgive too easily. I’m a black man first and I love all that deserve my love. I’m with unity, however, we must discipline our own as well. This isn’t about radio or dropping records, that’s been done. This is about protecting a LEGACY and holding people accountable. This may not change Kodak Black now, but I pray it changes his or someone’s future. For all those out there that wanna disrespect and play with royalty, I advise you to think “THRICE”. Long live the spirit, knowledge and wisdom of Nipsey Hussle. This has to be the standard FOREVER!!! The Marathon continues 🏁🏁🏁🏁 (I’m blocking the bullshit from now on. Try me)


How do you think other people will react to Kodak's apology? 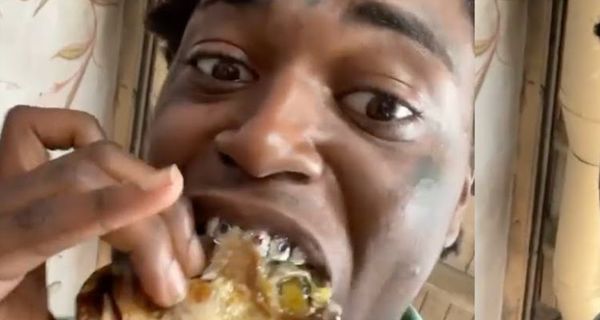 J. Cole Pays Homage To Nipsey Hussle & Pimp C In Interlude For 'The Off Season' a week ago / Hot Track News