And that acumen may end up making his family more than he ever did on the court. 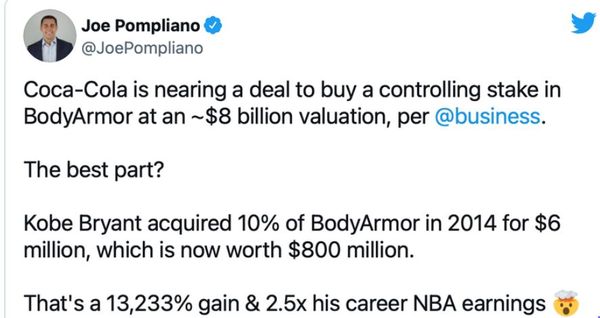 The would mean the late Mamba's family share in the company would be worth $800 million.  Kobe earned $328 million in salary during his NBA career.

Quavo Calls Out Drake & His OVO Arena 2 days ago / Sports