King Von's ex Asian Doll has charged that Von's boys didn't do enough to protect him when Von was gunned down in a club parking lot in Georgia.

Von's cousin has accused Von's homies of grave robbing him.

Von's manager, who was there and was injured in the incident, is clapping back at both of them. 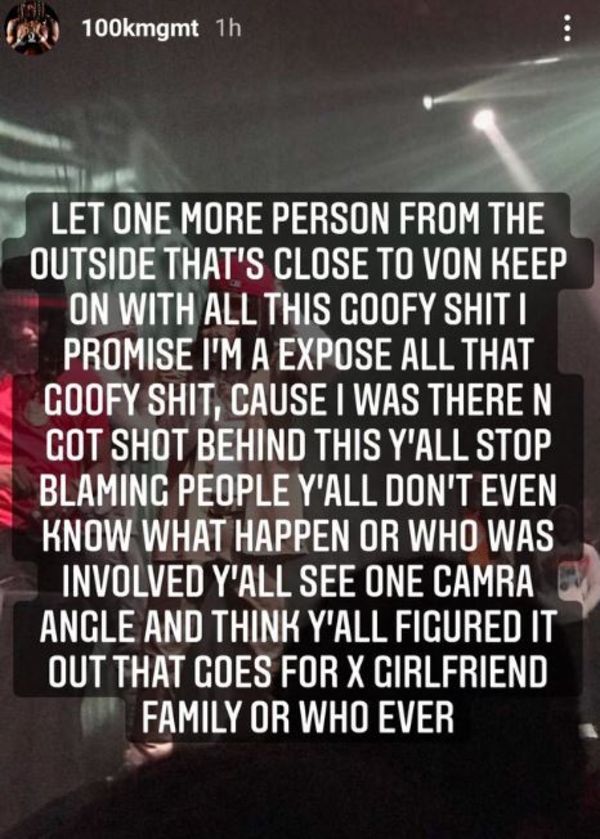 "Let one more person from the outside that's close to Von keep on with all this goofy sh*t I promise I'm a expose all that goofy sh*t, cause I was there n got shot behind this y'all stop blaming people y'all don't even know what happen or who was involved y'all see one camera angle and think y'all figured it out that goes for x girlfriend family or who ever," he typed.

Stephen A. Smith Shoots His Shot At Iggy Azalea With Shameless Thirst 5 days ago / News