Quando Rondo's shooter Lul Tim is out on bail for the crime of ending King Von in an Atlanta club parking lot.

He's not staying out of trouble.

The 23-year old was arrested yesterday after a high-speed chase in Savanah, Georgia.

Tim committed a whole bunch of traffic violations and then took off when the police pulled him over. 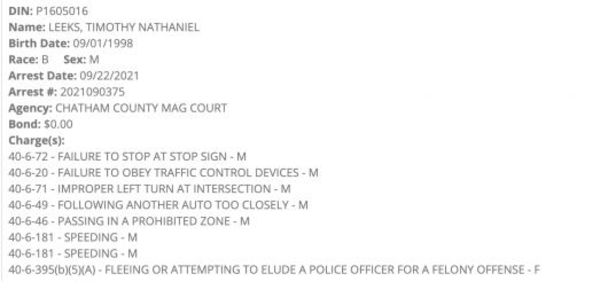 He's been charged with failure to stop at a stop sign, speeding, following another auto too closely, failure to obey traffic control devices and, fleeing or attempting to elude a police officer for a felony offense

It appears he's still locked up so he probably should have just pulled over.

NBA Youngboy Gets In Jail House Fight 22 hours ago / Crime