Lil Wayne kicked up some controversy when he said this shortly after the murder of George Floyd by the Minneapolis police.

"What I mean by that is we have to stop viewing it with such a broad view, meaning we have to stop placing the blame on the whole force and the whole everybody or a certain race or everybody with a badge," Wayne said. "We have to actually get into who that person is. And if we want to place the blame on anybody, it should be ourselves for not doing more than what we think we're doing."

Wayne then added wasn't down with activism by Tweet or T-Shirt.

It took her a bit, but Khia just hit Wayne with one of her signature string of insults for the sin of presenting that POV out loud.

I ain’t never heard nobody get this disrespectful dog I love it! 😭😭😭😭😂 pic.twitter.com/tHnXoCyLcO

"He's never been for the people," she said of Wayne.  "Saying he's never experienced hate or racism and now saying there's nothing more we can do as a people about the killing of black people in America.  See the heroin done went to your head, bitch.  Go kill yourself because you've been out of order."

It just got worse from there.  Khia accused Wayne of never loving any black women, including his mom and grandmother.  Then she claimed Wayne didn't do anything when a 45-year-old "non-rapper" "f*cked" his 18-year-old daughter Regina and embarrassed her by making her babysit his five kids.

"We the people say you are 99 dreads short of being a man and 99 brain cells short of freeing anyone that's oppressed," she concluded. 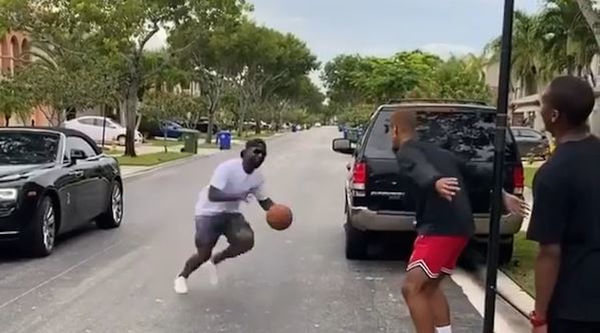