Bow Wow turns 29 today. His age is important, because it just makes the story that follows even more ridicolous.

Today, Bow Wow got on Twitter and accused an ex of throwing cake and eggs at two cars in his driveway. While he believes his scorned lover wanted to mess up his rides, she actually ended up dirtying two of his friends' vehicles.

So one of my exes decides to drive by on some thin line between love and hate **** throw a cake on the rolls. Only thing is thats not my car

The word is that Bow Wow recently dumped singer Keyshia Cole, and Twitter posts from earlier this week suggests the 34-year old was pretty pissed off about something.

Then niggas wonder why they get fucked up

Bow Wow's buddy WackStar -- whose whip paid the price -- implicated Cole in this IG post about the messy attack.

@keyshiacole check this out blood i don't got nothing to do wit what ever you got going on 4 you to egg my car , keep me out the bullshit.

Cole, for her part, told TMZ that she wasn't the baked goods culprit. However, she also accused Bow Wow of being a "snitch."

The gossip rag was able to obtain more photos of the damage. 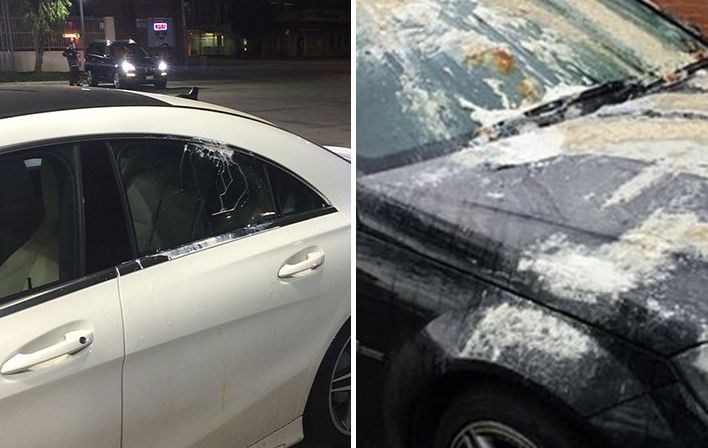