Kevin Gates was convicted of kicking a female fan yesterday, and was sentenced to 180 days for misdemeanor battery.

The judge ended up giving him three times the recommended sentence for the offense.

We haven't heard from the outspoken Gates since. (Possibly because he's being hauled to jail.)

However, his wife Dreka Gates jumped on IG and defended her husband, while blasting the victim.

You mean to tell me that @iamkevingates kicked the girl in the red jumpsuit and knocked the breathe out her? Because that's what she's been claiming and testified today in court. If anything her friend choked the fuck out of her. She claims she fainted, but yet she and her friend stayed at the club at the front of the stage even after this incident. She also acquired a civil attorney early on...what does that tell you? She also touched him FIRST (more than once) without his consent but yet he was the one sentenced to jail today for the same crime. She and her friend also had very conflicting stories and were tripped up in many lies today in the courtroom. It was comical and sad at the same time to see how desperate people are for fame and money. Not to mention the prosecutors wanted to give him 60 days with anger management and community service but yet the judge decided to give him 180 days?!? Are you fucking kidding me. Inshallah justice will be served. #unjust #fuckery #polkcounty #smfh by the way, thanks for taking my husband away from our kids (sarcasm) #itsnotoverjustyet

Dreka also posted another angle of the incident, which doesn't make it look as bad as the one which had been floating around the media. (Below.)

Do you think justice was served? 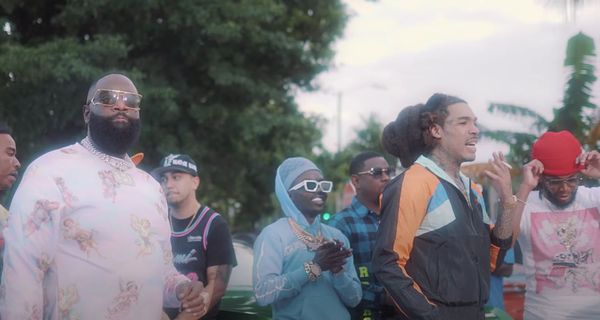