Kanye West has been baiting the family of George Floyd throughout his entire latest meltdown.

He's apologized for saying drugs, rather than a police officer's knee, killed Floyd.  He continues to brand the family as ungrateful for the support he gave them prior to losing his mind and called Floyd's baby mama "ugly."

This has caught the attention of Floyd's old buddy, ex-NBA star Stephen Jackson, who had some words for Ye.

Among other things, Jackson denied that Kanye gave the Floyd family $2 million, saying the it was more like 250K.

This is Kanye's response: 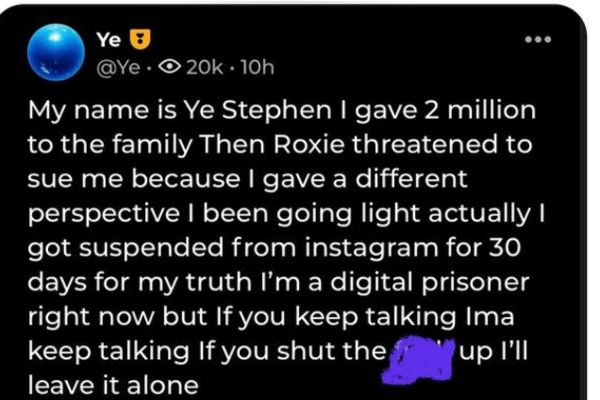 "My name is Ye Stephen," West typed.  "I gave 2 million to the family Then Roxie threatened to sue me because I gave a different perspective I been going light actually I got suspended from Instagram for 30 days for my truth I'm a digital prisoner right now but if you keep talking Ima keep talking If you shut the f*ck Up I'll leave it alone."