Kanye West says he needs an apology from the Kardashians, as well as Kris Jenner's boyfriend Corey Gamble.

Ye brought some of this up again on social media in the wee hours of Tuesday while accusing the Kardashian clan of bullying him. 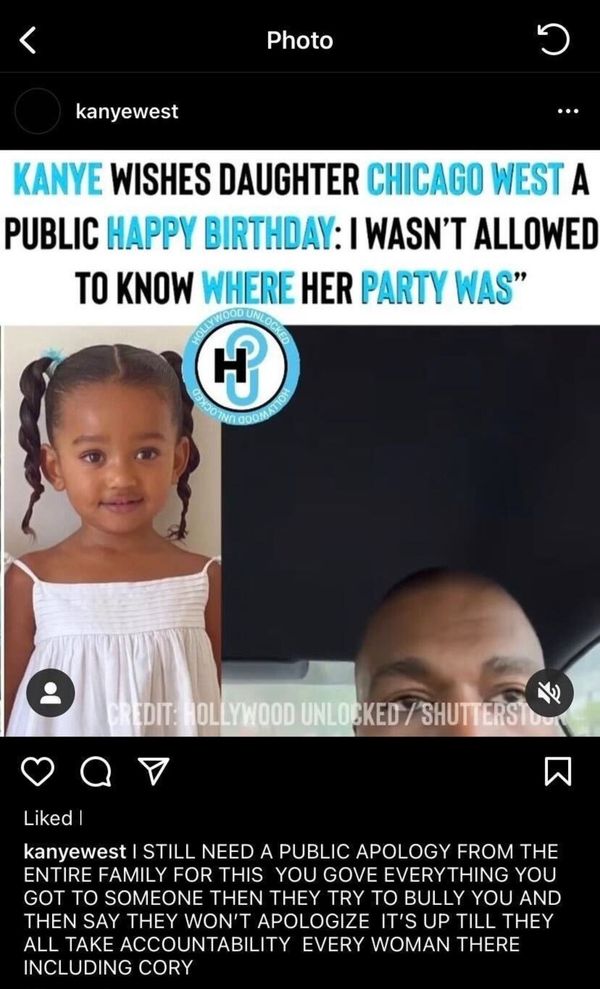 "I STILL NEED A PUBLIC APOLOGY FROM THE ENTIRE FAMILY FOR THIS," wrote Ye on social media. "YOU [GIVE] EVERYTHING YOU GOT TO SOMEONE THEN THEY TRY TO BULLY YOU AND THEN SAY THEY WON'T APOLOGIZE. IT'S UP TILL THEY ALL TAKE ACCOUNTABILITY EVERY WOMAN THERE INCLUDING CORY."