Kanye West continued his Twitter rant into Wednesday, September 16, and doubled down on wanting to meet with Kendrick Lamar, J. Cole and Drake, a request that he made yesterday.

Ye went off on the music industry this week, specifically Universal and Sony. He seems to feel that a meeting with himself and the three rappers would help spark change in the industry.

He also gave a theory about Michael Jackson being killed.

We used to diss Michael Jackson the media made us call him crazy ... then they killed him

Then he had things to about Bill Cosby and R. Kelly: 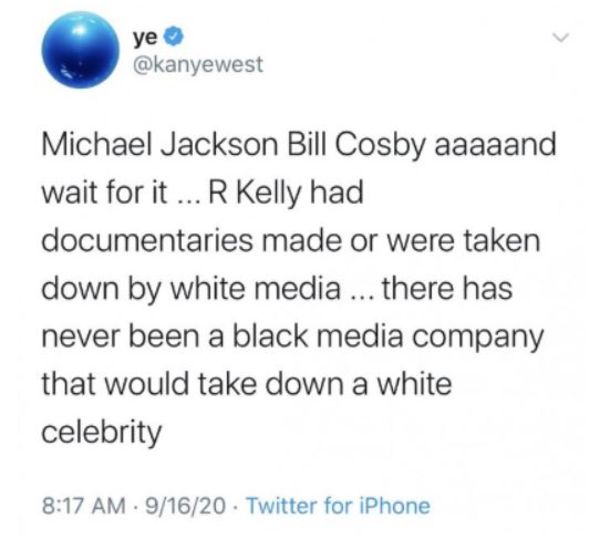 What do you think about Kanye's theory and all he said on Twitter this week?