Kanye West premiered the video for his song “Heaven & Hell" on Monday January 10, during ESPN's NCAA championship football game. The cut is off his Donda LP, which dropped in August of last year.

The video also serves as an ad of sorts for the rapper's Yeezy Gap hoodies.

He's been on several dates with Uncut Gems actor Julia Fox, he was named as one of the head acts for this year's Coachella, and the trailer for his new documentary jeen-yuhs was released on Monday. 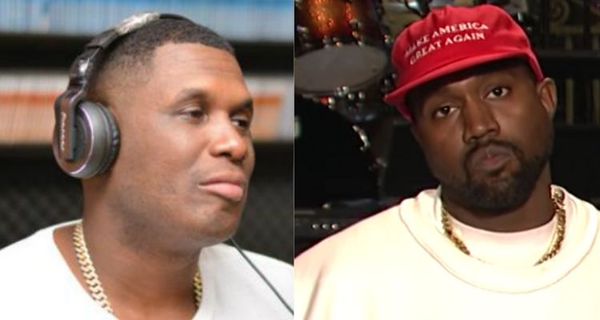 Report: Pete Davidson Beefs Up His Security Over Kanye West Threat a week ago / Beef