Joyner Lucas Fires Back After Logic Finally Disses Him On Wax

Joyner Lucas has been poking at Logic for the last couple of years, both on and off wax.

Logic had been keeping silent on the barbs. But he finally responded on the track "Yuck," which is from his new project Bobby Tarantino II.

Talkin' shit 'bout Logic, I never respond
I'll let success talk, 'cause a word of advice:
More achievements for yourself and less talk
Cats beef with Logic, yeah, they prayin' I respond
If I ever did, I dead you in this game with no respawn
Peace, Love, and Positivity that's all I want with you
But you push the issue 'cause I give you more press than your publicist could ever get you," Logic raps.

While that was pretty clearly Lucas-directed, Joyner challenged him to say the name.

Joe Budden, who's well-experienced in rap beef, jumped in to assure Lucas that Logic's talking about him.

Joyner then brought up the sub Eminem hit Budden with on the "Chloraseptic Remix" that Joe didn't want to accept was aimed at him.

Says the man who swore to god em wasn’t talking to him. 😂 https://t.co/O5MgDHeikm

Do you think Logic is being smart and strategic by not saying Joyner Lucas's name? 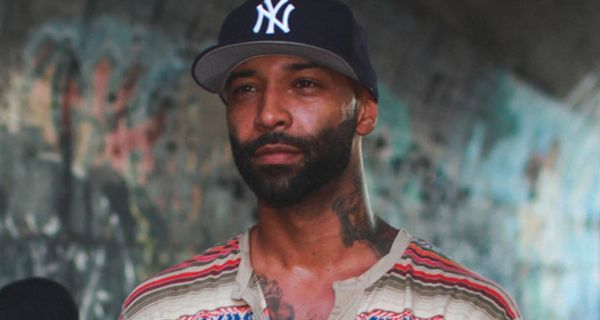