The Notorious B.I.G. has developed a cuddly reputation in his death.

But that wasn't so much the case when he was alive.

Jermaine Dupri told a pretty intense story about the late legend during the latest episode of Drink Champs.

It took place in 1996 during the recording of the Usher featuring Lil Kim track 'Just Like Me.' Big wrote the rap for Kim, but when she came into the studio to lay it down she brought drama in with her.

So what [Biggie] did was he wrote the rap for Lil' Kim, and Lil' Kim at this particular point in time -- this was the time B.I.G. I'm thinking, he fucked Kim's sister," Dupri explained. "This is in the music though. This is in the music. And she found out about it, so she was upset and he couldn't really get her to do the rap.  Me and Usher was just, you know, we was there, young, watching what was going on and B.I.G. pulled the strap out on her."

Threatening Kim with a gun just made her more upset and then she really couldn't do the verse. So she left the studio and went into the hallway. Big followed. Then, after a little while, Dupri went out to see what was up.

What he saw was Kim and Big arguing. It got pretty intense, and at one point Big asked his bodyguard to give him back his gun.  Dupri thought Big might waste Kim right in the hallway. He didn't, and eventually Kim did her verse.

Listen to Dupri explain the sketchy scene below.

[Related: Biggie's mom says she knows who killed her son.] 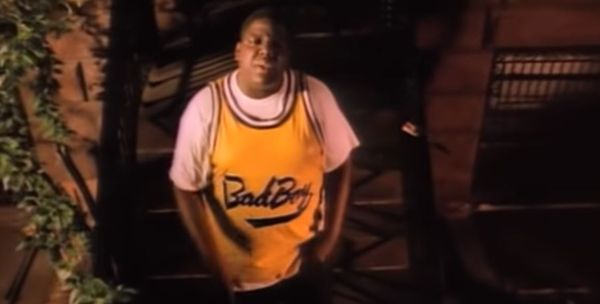 The Notorious B.I.G Has Been Elected To the Rock & Roll Hall Of Fame 5 days ago / News News

2 Chainz Has Chopped His Dreadlocks 4 days ago / News News

Message for Tekashi 6ix9ine? Shotti Speaks On His Enemies From Prison 5 days ago / News