And he has a wife who can pay her own way.

That leaves him plenty of money to spend on watches.

Hov was among those who attended Philadelphia 76ers co-owner Michael Rubin’s Fourth of July party over the weekend. 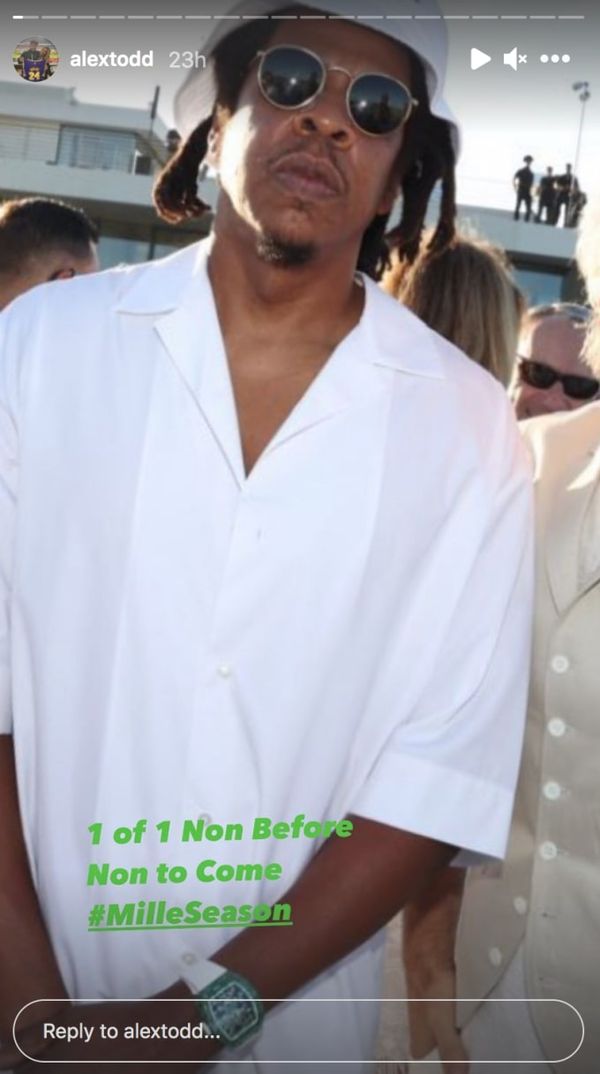