It could be one of the most shocking pieces of celebrity footage ever.

We're talking about May 5, 2014, when Solange was seen attacking Jay-Z in an elevator while leaving a Met Gala after-party.

The superstar couple hasn't talked about the incident much, but they seemed to use it for a photo that was taken at Beyoncé's Club Renaissance party in Paris. 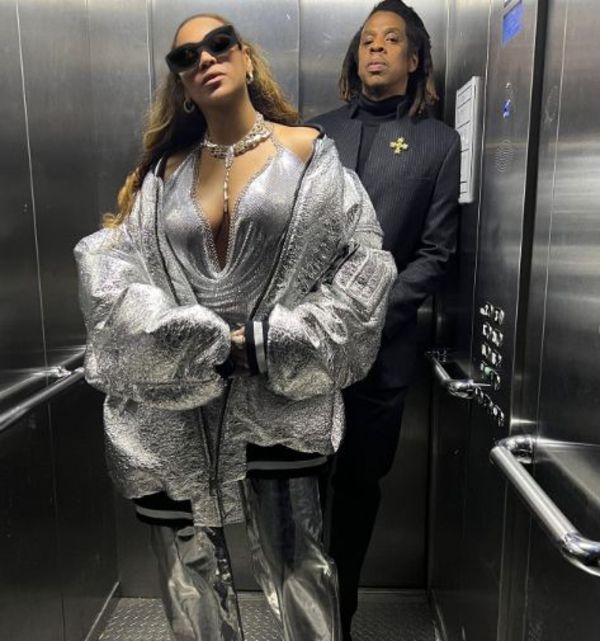 The pic shows Jay and Bey posing in an elevator with the singer wearing a shiny silver suit and dark glasses. Jay, meanwhile, is sporting a pinstriped suit.

"You egged Solange on / Knowin' all along, all you had to say you was wrong," he spit.