Joe Budden was not feeling A Written Testimony, Jay Electronica's debut album that featured JAY Z on almost every track even though he isn't listed as a feature.

"This is hate.  I want make that clear.  But it's rapper hate ... The last decade, you have put Jay Electronic on the same level of JAY-Z ... I hate this album. I hate it on multiple levels ... I hate those beats. I hate how their two voices sound together. I hate it. I hate the structure of these songs," Budden ranted, and added that Hov washed Jay Elec on his own project.

Jay Elec responding by telling Budden, who's retired as a rapper, that he's never heard Joe's albums and then they went back and forth a bit and Drake got dragged into it. 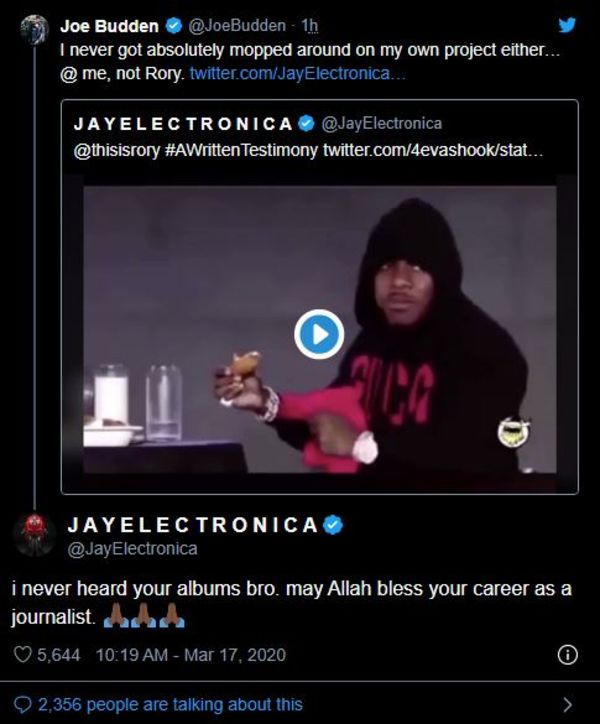 "I never heard your albums bro. may Allah bless your career as a journalist," Jay Elec passive-aggressively typed. 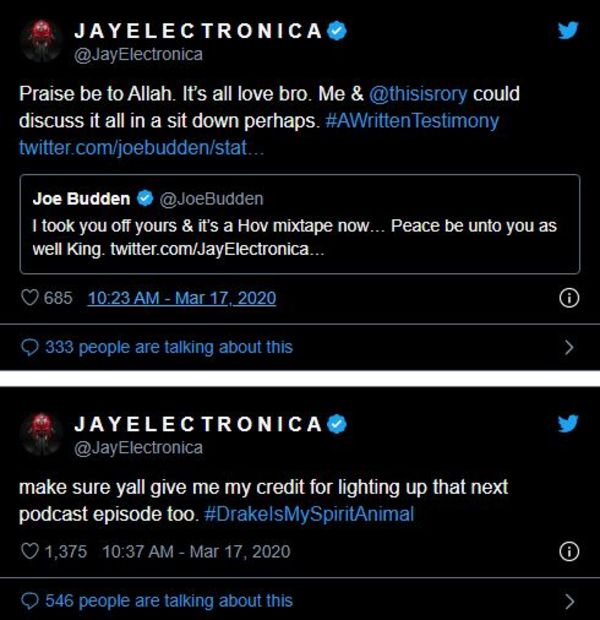 What did you think of A Written Testimony?

T.I. Goes Nuts On People Calling Him A Snitch After Crimestoppers Video Re-Circulates a day ago / Beef Beef

50 Cent Mocks T.I. For Challenging Him; T.I. Says He'd Rather Die Than Live In Fear a day ago / Beef News