Jas Prince has spent the last year suing numerous parties in an attempt to recover the 22 percent of Drake's royalties ($11 million total) he said he was promised when he delivered the Canadian to Cash Money Young Money in 2007.

From what we could gather from all the legal wrangling, it appears that Young Money and the Aspire Music Group technically owed Prince the royalty cash -- but they couldn't pay it because they needed to get it from Cash Money and Birdman first.

Earlier this week, Jas Prince reached a settlement with Lil Wayne, his manager Cortez Bryant and Young Money. The terms were not disclosed, so we don't know to what extent Jas was able to do the impossible and make Baby pay somebody. 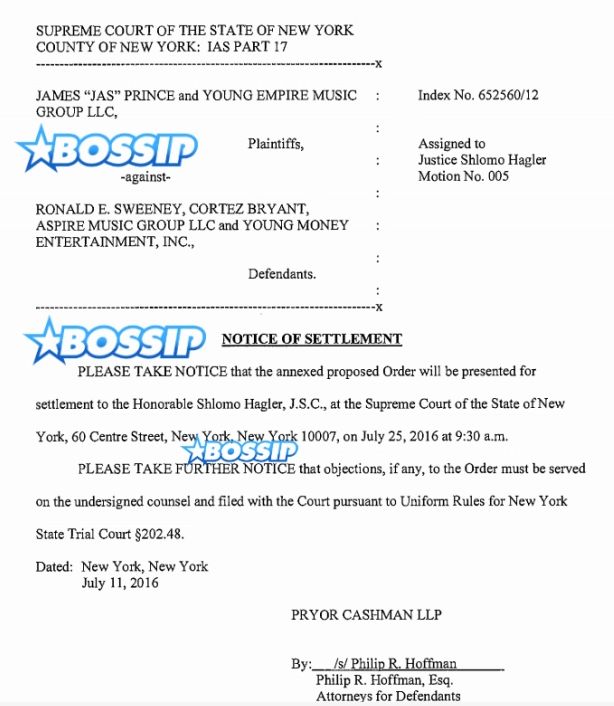