Tyler The Creator more or less came out as gay on his last album, Flower Boy.

But since it's Tyler, you never really know.

Jaden Smith seems to think Tyler is gay, because the Son of Will called the Odd Future founder his boyfriend last night during Tyler's Camp Flog Gnaw Carnival.

Yup @tylerthecreator I Told Everyone You Can’t Deny It Now.

In the past, Jaden's called Tyler his dad. 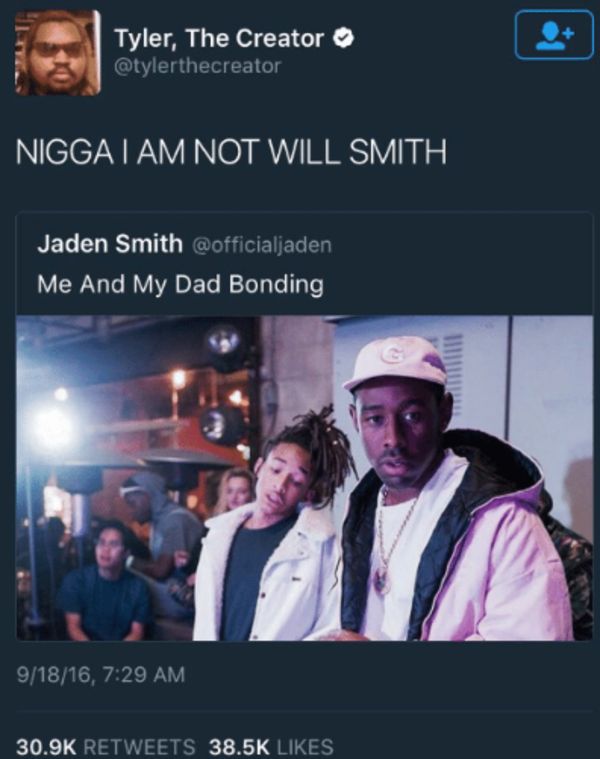 Are you buying that they're dating, or is this just how you keep up with the trolls these days?