Jack Harlow Makes Statement On His DJ Being Charged With Murder

Jack Harlow has broken his silence on his DJ, Ronnie Tyshon O’Bannon, being charged with murder.

O'Bannon is accused of killing 37-year-old bartender Kasmira Nash while he and Harlow were at Vibes Restaurant and Ultra Lounge on Kentucky Derby weekend. O'Bannon is also being accused of tampering with evidence. 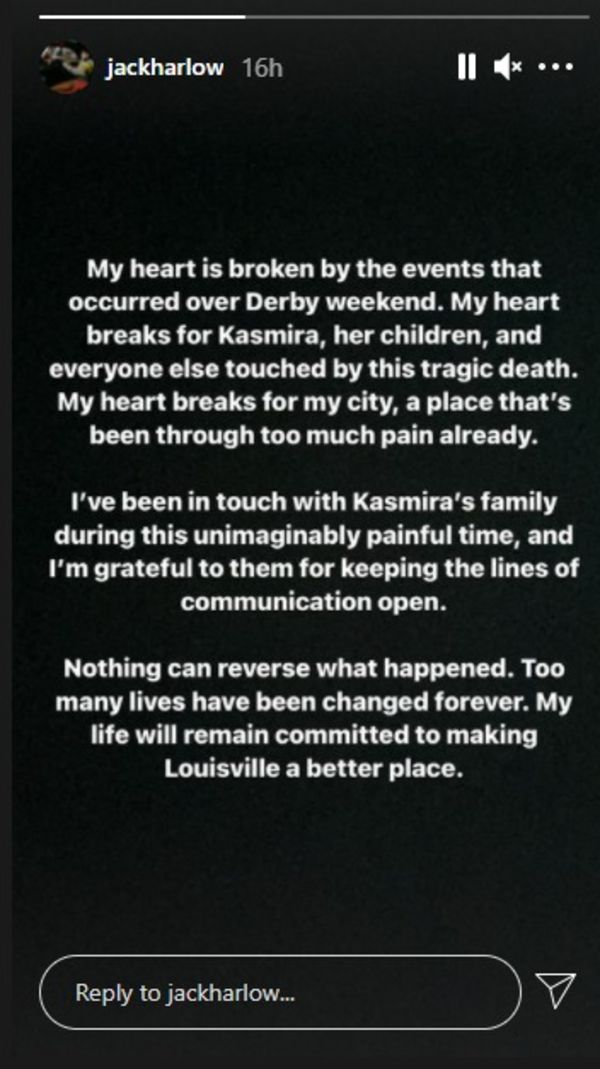 "My heart is broken by the events that occurred over Derby weekend," wrote Harlow on Instagram. "My heart breaks for Kasmira, her children, and everyone else touched by this tragic death. "My heart breaks for my city, a place that's been through too much pain already. I've been in touch with Kasmira's family during this unimaginably painful time, and I'm grateful to them for keeping the lines of communication open. Nothing can reverse what happened. Too many lives have been changed forever. My life will remain committed to making Louisville a better place."

What do you think about Harlow not claiming his DJ's innocence or even mentioning his name?