On J Cole's new track “Let Go My Hand”, he confirmed the long-running rumor that he got in an altercation with Diddy at the 2013 VMAs.

" My last scrap was with Puff Daddy, who would’ve thought it? / I bought that n*gga album in seventh grade and played it so much / You would’ve thought my favorite rapper was Puff / Back then I ain’t know sh*t, now I know too much," spit Cole.

Diddy was a secret feature on the track, so it's obviously water under the bridge.

The word has been that Cole was defending Kendrick Lamar, who had offended New York and New Yorker Puff with his notorious "Control" verse.

"It was definitely not like he was defending Kendrick or something," IB explained on the "Say Less" podcast. "It wasn't like, 'Don't talk to Kendrick like that.' Kendrick was there, Top was there, Jay was there, Beyoncé was there. Me and Cole. You know, grown men…Got a little heated. All I remember is, me and Jay looking at each other like, 'Oh, these n*ggaas 'bout to fight.' And then just being like, 'Oh no this is about to happen.' I'll leave it at that."

Hamad wouldn't say what caused the near-scrap.  But he did express surprise that it wasn't more widely reported on at the time, since a lot of people saw it. 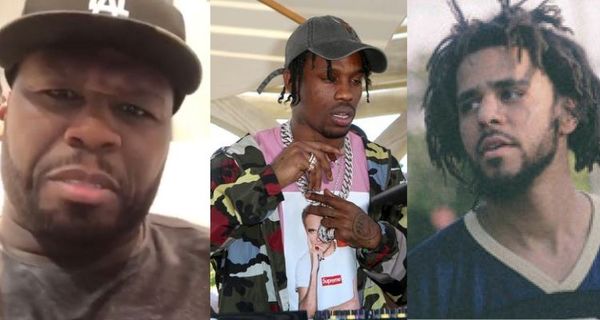