Folks on social media are saying Trippie posted the album's cover art -- only to delete it when everyone commented on who ridiculous it was.

Trippie had done a Pegasus cover contest back in May, so it's possible he had posted one of the entries. 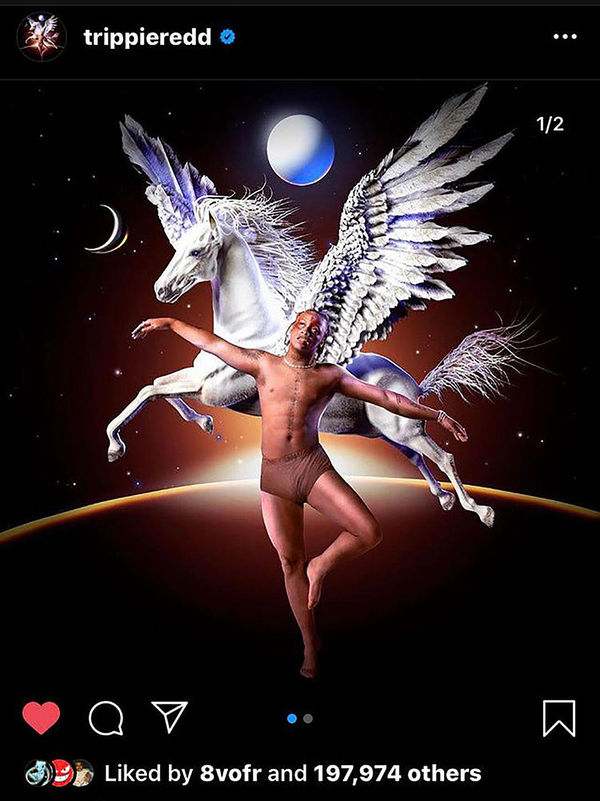 Trippie Redd is out of his mind with this Pegasus cover art pic.twitter.com/cvUeorqhg5

He has since posted different horse-based artwork to promote the album.