In addition to the Super Bowl in Miami this weekend there was the Stripper Bowl, a Quality Control hosted event which imported pole dancers and butt shakers from all over the country.

While that may sound like a cash bonanza for the ladies, it wasn't. Their contract stated they weren't entitled to any of the money thrown during the fun. 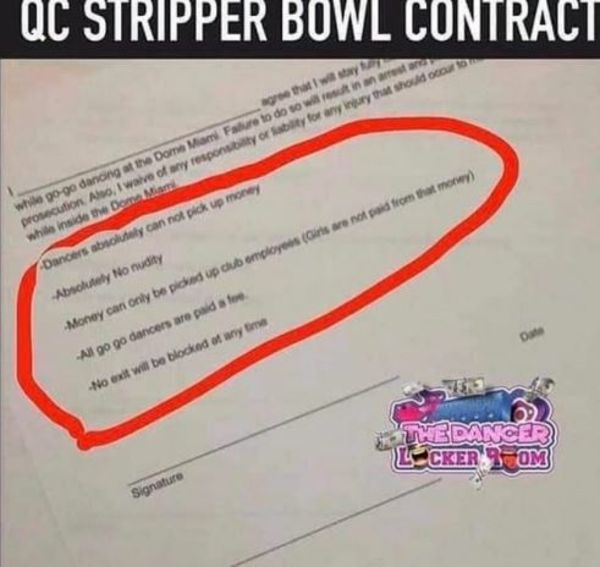 Reports are that the girls were paid $600 to $1000 total for the weekend and some of them didn't have enough money to return to where they came from.

A few strippers stuck in #Miami after super bowl weekend 😂😂 they only had a one way .. ain’t make no money pic.twitter.com/sJEe4ZK7le

QC boss Pierre "Pee" Thomas apologized for all the confusion.

"To all the dancers that were at the party last night, please understand we that don't own clubs or venues. We don't control or make the rules of how many girls dance, who split or pay out, how much money get stolen. I personally know a lot of money as thrown between our camp and you all know this. We don't do contracts with dancers. Sorry for any confusion that went on but that's out of our control."

Former stripper and QC wifey Cardi B also weighed in, saying she didn't throw much money because she didn't think the girls were entertaining.

Cardi B responds to strippers claiming they were ripped off at QC’s Stripper Bowl. pic.twitter.com/eudx42Nf1W

Posted In: Rumors Cardi B

Report: The Fugees Are Getting Back Together 3 days ago / Rumors Rumors