Earlier today Kid Cudi went on a Twitter rant against the haters and fakes, and those who use ghostwriters.

He kept it subliminal for a few moments.

Then he attached the names of Drake and Kanye West to his criticism.

The Internet has reacted. Check out some of the better takes.

@KidCudi SCOTT WHAT YOU DOIN? pic.twitter.com/CGTv0DEfFA — For The Culture (@BRTTVNY_) September 14, 2016 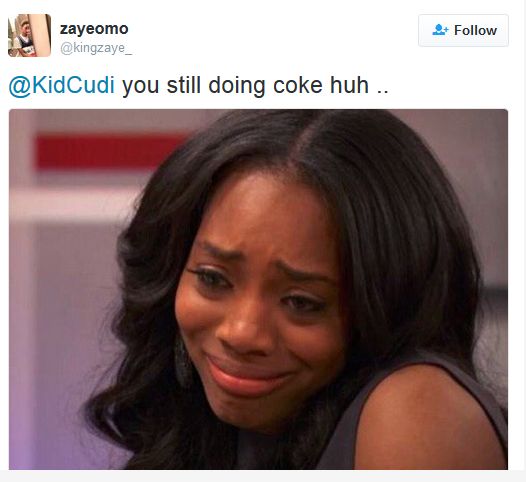 “Nah Cudi. You can’t hang with us no more.” pic.twitter.com/Qji5qsxWJE

Kanye: I got rid of my phone 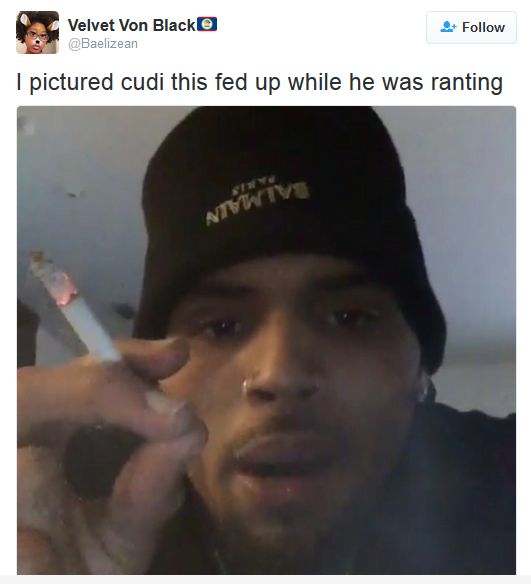 Ye gonna come on twitter and say something petty to Cudi like "I'm not paying your phone bill anymore" — Don Dada (@CirocBwoy_) September 14, 2016

not accepting Kid Cudi slander today. He the reason Father Stretch My Hands pt 1 was so fire — Big Soup From 19th (@HailKingSoup) September 14, 2016

I imagine Kid Cudi running around his apartment, with the Crookers remix to “Day N Nite” playing letting these tweets go.

Just weird to me that everyone is agreeing with Kid Cudi but literally this is ALL that meek said and everyone clowned him. — Veteran Freshman (@yusufyuie) September 14, 2016