Earlier this month, Damon Dash gave the kind of nutty interview that reminded everybody where Kanye West learned his over-heated, off-the-cuff rhetorical style.

In addition to again implying Jay Z is a snitch, Dash repeatedly said during the chat with Power 105 that a real man doesn't have a boss.

It's unclear if Dame realized that by saying this he was insulting everybody but a lucky few and the unemployed.

But insult them he did, and Twitter had their revenge today with the hashtag #TweetLikeDameDash. Check out some of the cyber-sarcasm below. 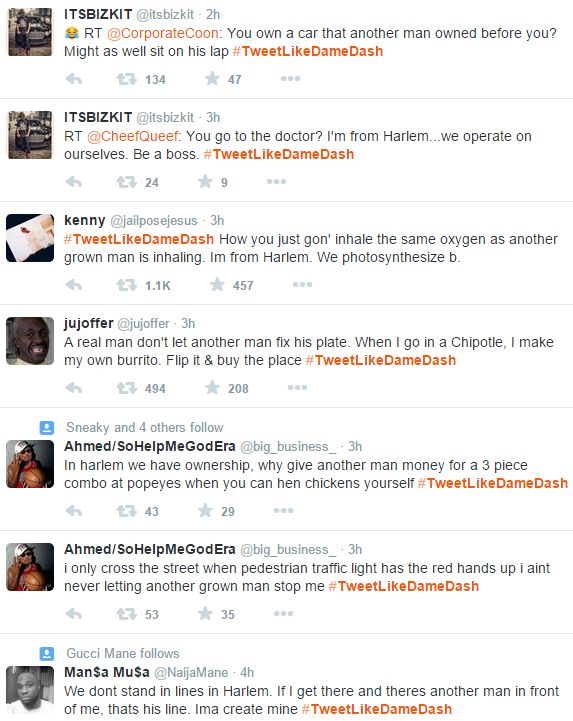 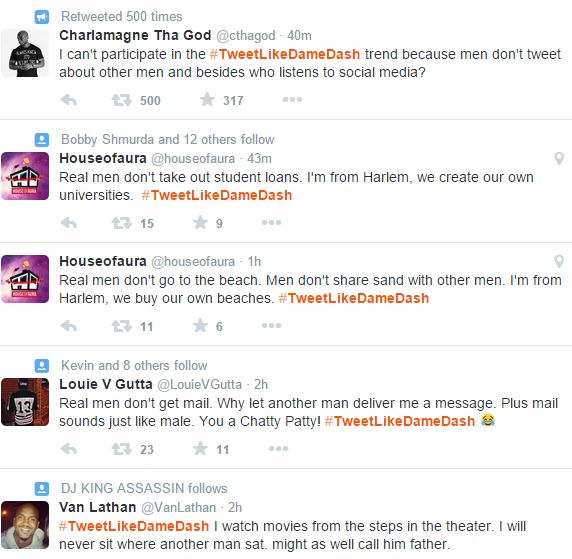