India Love Gets Naked For Her 21st Birthday [NSFW PHOTOS]

To celebrate, she discussed the history of her large boobs, and then tested Instagram's nipple policy by exposing those boobs.

How I came into this world: It wasn't easy embracing big ass boobs at a young age while everyone around me wasn't even developed yet. Ive always been so hard on myself for not having hips, or enough ass just because of the picture this generation paints of us Women. I'm now so proud to say that everything I'm not, Made me everything I am. I love me, with all of me. Being a Bold Confident Woman speaks Volumes in my life & it keeps my crown on straight & tight. #sorrynotsorry if this posts offends you. I can only be ME. forever

India's bday thirst trap ensnared Rick Ross; The MMG boss gave her props on his IG page and hers. 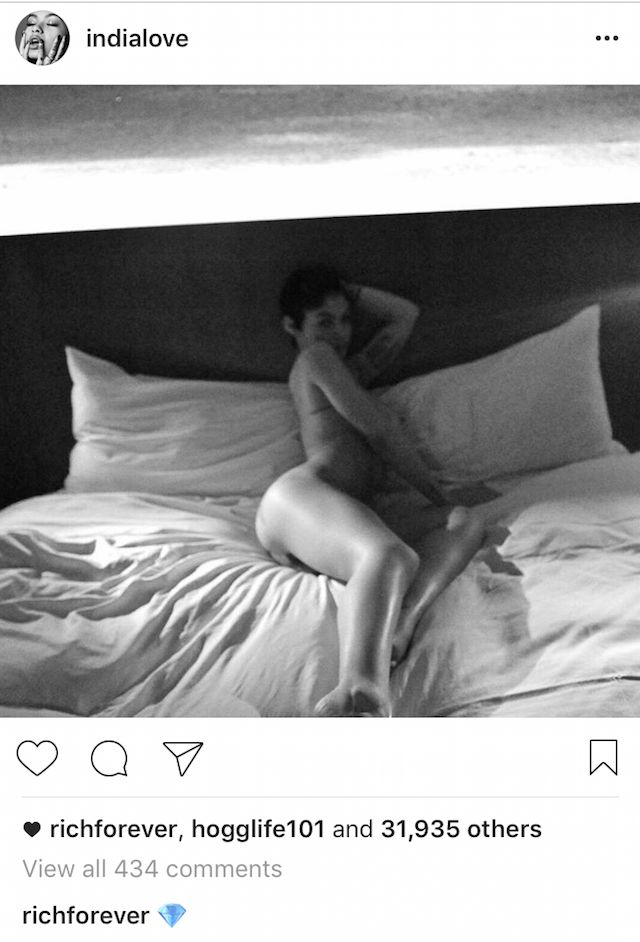 Ross's Internet attention has led to speculation he's tapping that.

If he is, he follows The Game, Drake and (maybe) Soulja Boy and Lil Yachty.