Iggy Azalea Goes Off On T.I. After He Says She Changed After Getting White Acceptance

T.I. followed up his remarks about his artist Iggy Azalea being one of the biggest blunders of his career, by telling The Breakfast Club this morning that Iggy was an "arrogant" artist who changed when white people started bumping her music.

"I really feel like she was meant to be great," Tip said. "I don't wish no ill will on her. But As far as I'm concerned, I feel like when she found out white people liked her and she didn't really need black people to like her anymore, she switched up, started acting different, made moves that I wasn't proud of, that kind of placed my reputation in the line of fire. And she was very arrogant about it."

Iggy was quick to clap back. (And quick to delete the Tweets). Check out her temporary response.

Oop! Y’all know it wouldn’t be long before #IggyAzalea would respond to #TI’s interview 👀 (SWIPE)


"When will this guy shut up. The only song you ever were a part of making was “100” Thankyou for that, but you were NOT a part of the creative OR executive process on that album. Which is why I’ve always taken issue with you trying to approximate yourself with its success," she typed. "Please move on and speak about an artist you are "hopefully" actually helping, and stop trying to bring me up for relevance. I don't bring your a$$ up, nobody is asking about you. I'm tryne be nice because I genuinely have better and more interesting things happening. ... Seeing a man speaking out of his asshole and blurting our one thing in public and another in private for years is really infuriating. Keep it pushing sweetie & worry about what your next story line is for family hustle," Iggy ranted.

Anyway, sorry for ranting but it makes me SO mad; you have no idea. Let’s talk about Lola.
That’s what I care about & where my focus needs to remain.
The video is beautiful. 💗🥰

Should she be mad, or is Tip speaking truth? 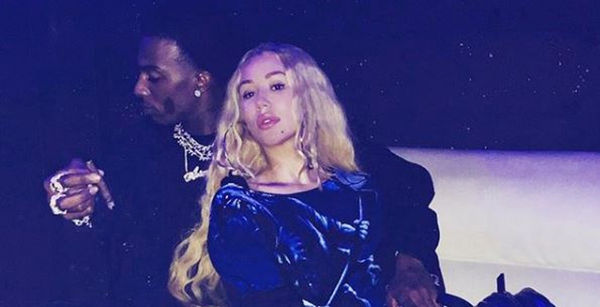 Faizon Love Reiterates Dave East Is a 'Fake Crip', Says He Should Be Worried About Bloods 4 days ago / Beef Beef