Pretty soon Iggy's Azalea's questionable bars are going to be the realest thing about her.

The 25 year old, who's already admitted to getting her breasts enlarged, just confirmed what many had already noticed: She's also had a nose job.

"I'm not denying it. Denying it is lame," she told Seventeen magazine. "I don't think you should be ashamed if you made a change to yourself, which is why I've spoken about the changes I've made, like with my breasts." "Your perception of yourself can change a lot over time," she continued, "so I think it's important to wait and make sure it's the right choice."

Here's a before and after photo. (It looks like she also had work on her chin.) Improvement? 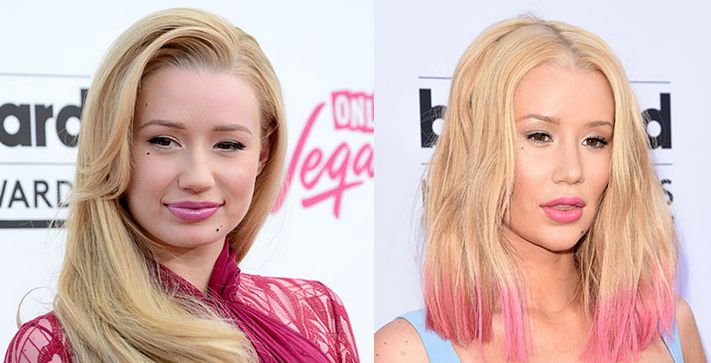 Odell Beckham Jr. Got Paid In Bitcoin; Is Now More or Less Working For Free 4 days ago / News News