Iggy Azalea's been thirst trapping hard the last several years, gaining her all sorts of fans who don't listen to her music. 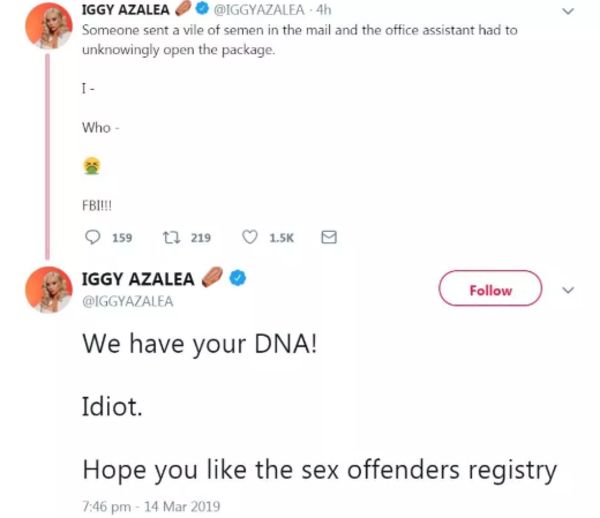 Yeah, sending body fluids like that is a bad idea. Unless they are somebody else's body fluids. But that's a whole other weird thing.