Gena Tew is an Instagram model who has been linked to Chris Brown & Nick Cannon.

Now she has AIDS.  The 27-year-old revealed her diagnosis in a video she posted on social.

An Instagram model Gena Tew who has been linked to numerous celebrities like Chris Brown and Nick Cannon nearly died from AIDS after going untested for almost a decade.
-
Head to Link in Bio for full video and story!
-#hallesblogafrica #genatew #chrisbrown #nickcannon pic.twitter.com/Jx4XBaJfdE

"I got AIDS," Tew said. "I just got sick one day, fainting got fevers and I got really week and I was going to the doctor and no one knew what was wrong.  The just kept assuming cancer ... and I had some doctors saying you're perfectly fine there's nothing wrong with you.  But eventually, a doctor was like, 'did you know you have AIDS?'  And I said 'no'.  Because I wasn't getting checked like I was supposed to.  So I didn't know."

Tew hasn't revealed exactly who she slept with.  So her relations with Brown and Cannon are just rumors.

But we suspect there are a lot of boldface names currently getting tested.

Gena Tew, an Instagram model, linked to numerous celebs over the years, lost her ability to walk, was blinded in one eye & dropped to 65 pounds after learning she contracted AIDS.

The 27-year-old admitted she hadn't been tested in nearly a decade.https://t.co/0cbqa5M2ja

#TashaK is interviewing #GenaTew the women linked to #ChrisBrown & #NickCannon (see previous video) allegedly.. Who now has AIDS says she won’t name names of the men in the industry she has slept with. pic.twitter.com/JGRiJwENqQ 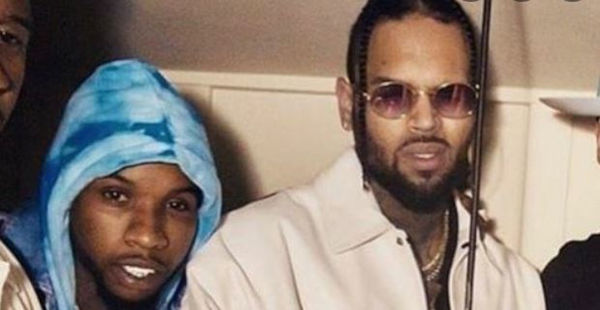