Gucci and Jeezy had been beefing about their collaboration "Icy", which ended up on Gucci's album with no royalties to Jeezy.  In response, Jeezy had put a 10K bounty on Guwop's chain.  Gucci was charged with murder but got off on self-defense and the two feuded for years after.

Things have been fairly quiet between Gucci and Jeezy since Gucci got out of prison in 2016 and embraced clean living.

But Gucci has been hinting at a return to the "old Gucci" ever since he used Easter to wish COVID death on his haters.

Now he's poking at Jeezy by posting a meme that makes light of his killing of Pookie Loc.

"But fa real tho," Gucci captioned the video of a man doing all sorts of crazy gymnastics as he fires on home invaders.

Do you think Gucci's going to let the old Gucci out? 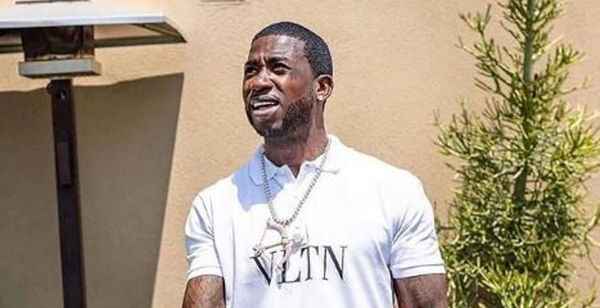