When Griselda signed to Shady Records in 2017 it gave the boys from Buffalo more national exposure.

Three plus years into the deal, and Westside Gunn, who founded Griselda Records, has just called Shady out for not supporting them like he should.

Tonight, Griselda is up for Best Rap Group at The BET Awards (Migos Won) and Gunn Tweeted this out before the show.


"I wonder do @ShadyRecords know we’re nominated for a BET AWARD tonight," he typed.

That wasn't long after his brother Conway got in the comments when somebody called Eminem out for not listing Conway, Benny The Butcher, or Gunn among his GOAT rappers -- but had listed two of members of another Shady Records group, Slaughterhouse. 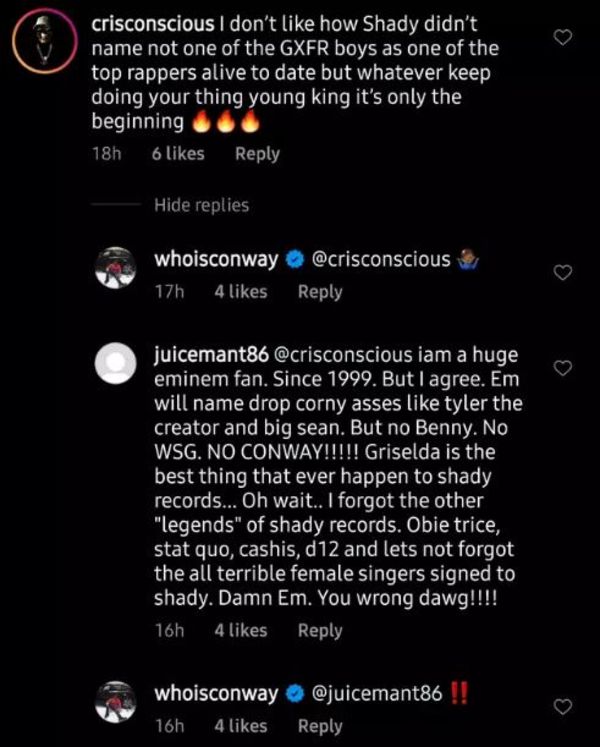