It's not every day that a rap beef starts over cows.

But that's what's going on between Rick Ross and Gillie Da King.

Gillie started things by claiming Ross is trying to stay relevant by stunting his cattle on social media.

"Fellas, fellas, let me give you the real game.  When I spend more money on my cow's hooves than you do on your wife and kids every month you should take notes," Ross said to Gillie in a social video.

The subtext to this fight over cows is that Rick Ross is about to jump in Gillie's lane with a podcast.

Gillie thinks Ross should call his podcast "Lock It Up", given his history as a corrections officer. 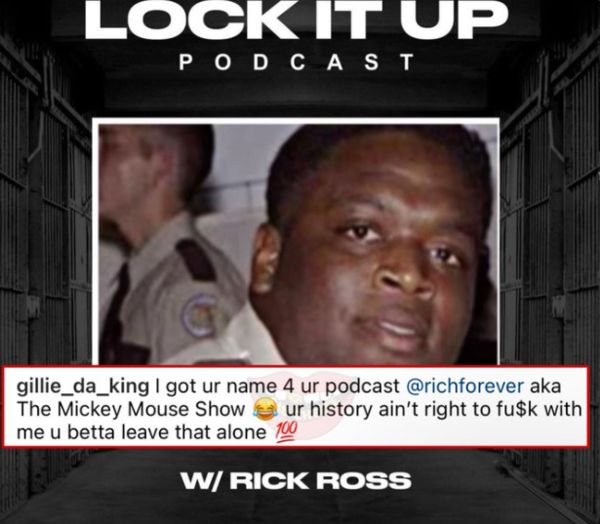 "I got ur name 4 ur podcast @richforever aka The Mikey Mouse Show. ur history ain't right to fu$k with me u betta leave that alone," Gillie typed.

Do you score points when you attack The Bawse with C.O. taunts?