He beefed with Stitches and Young Thug, he lost two lawsuits for punching people, and he was always quick to provide his opinion on the news of the day.

For 2016, Game is taking the show on the road with the Documentary 2 Tour. He's announced its first leg, which you can check out below. 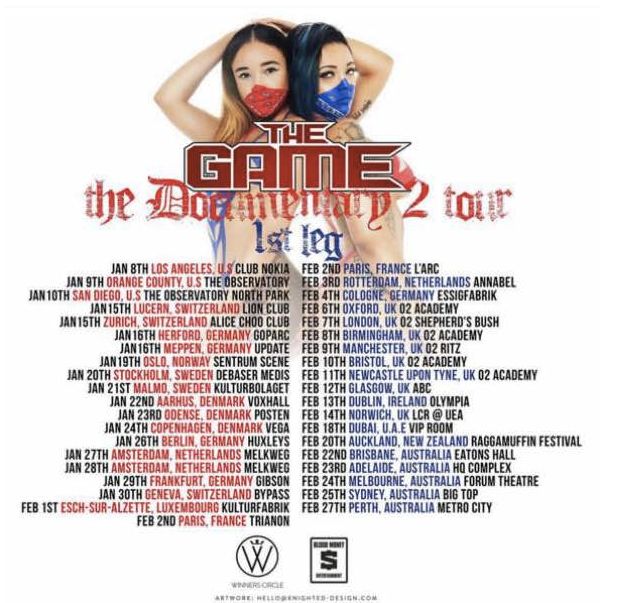 We gotta to give it to Game, that's a pretty ambitious schedule.