G Herbo has been pretty harsh on Tekashi 6ix9ine for being a snitch.

Now that shoe is on the other foot.

He's pled not guilty.  But his former friend Omi says he's giving the Feds information about him because he's bitter about a girl.  He made his case against Herbo on Instagram: 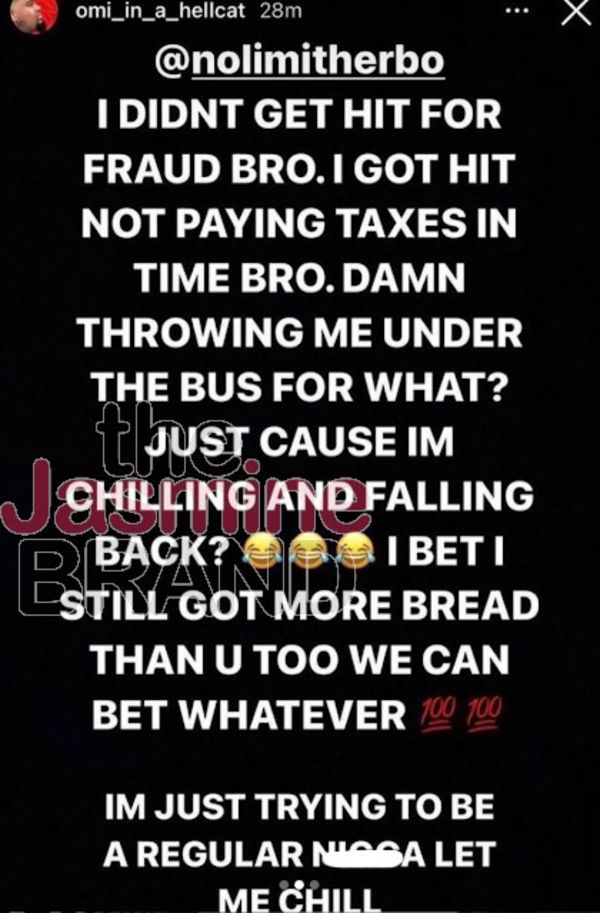 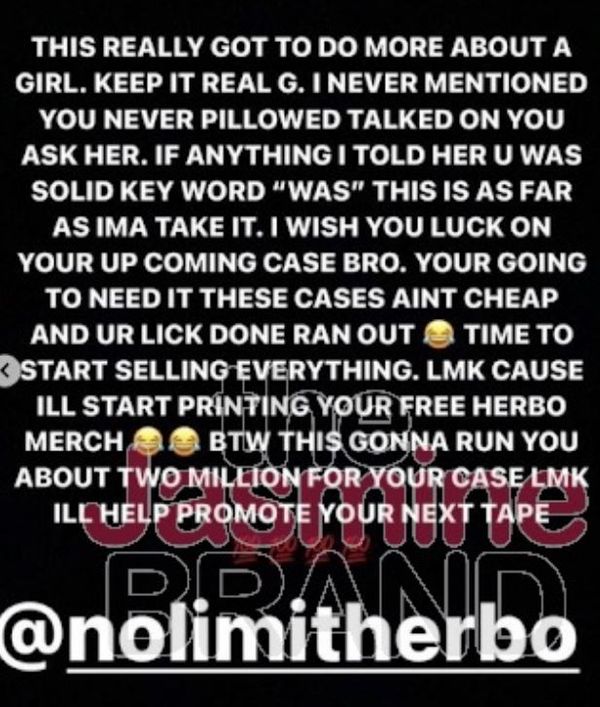 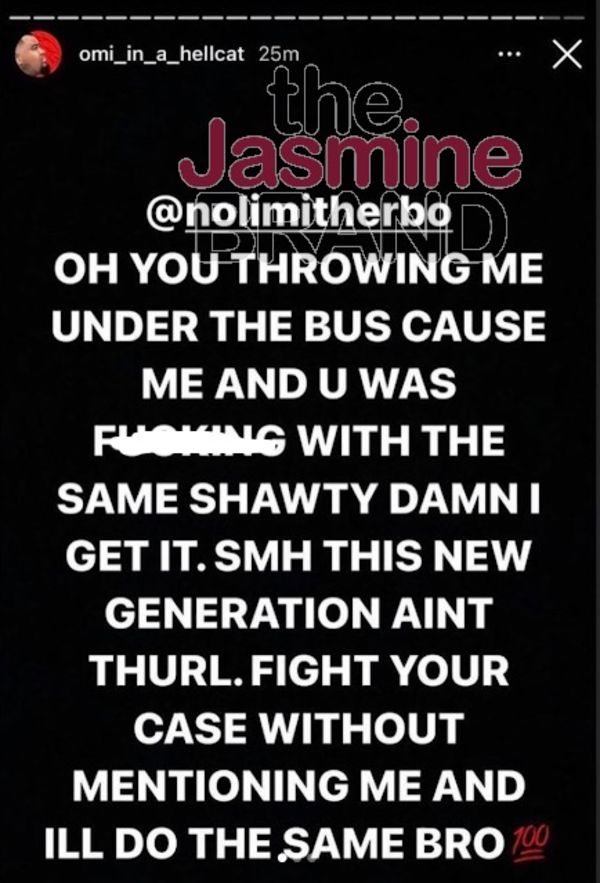 Watch G Herbo's Ex-Friend Accuses Him On Snitching On Him to Feds b/c Mr. Herb Was Upset They Were Having Sex With Same Girl; Confirms Mr. Herb Has Been Scamming For a Long Time Even Before The Feds Charged Him (IG Post-Pics-Video) https://t.co/sBOmIIAXZn via @BasketballguruD pic.twitter.com/Yp9JAN26v3