Today, an English goon sucker-punched Future's bodyguard from behind, knocking him out, in a confrontation at the Ibiza airport.

In the well-circulated clip of the incident, it appears as if Future watched his man get taken down and didn't do anything about it. Future's people told TMZ the goons hurled racial epithets at them before the knockout.

Future’s bodyguard got knocked out while in the UK, future didn’t help pic.twitter.com/8IYZE0nE5B 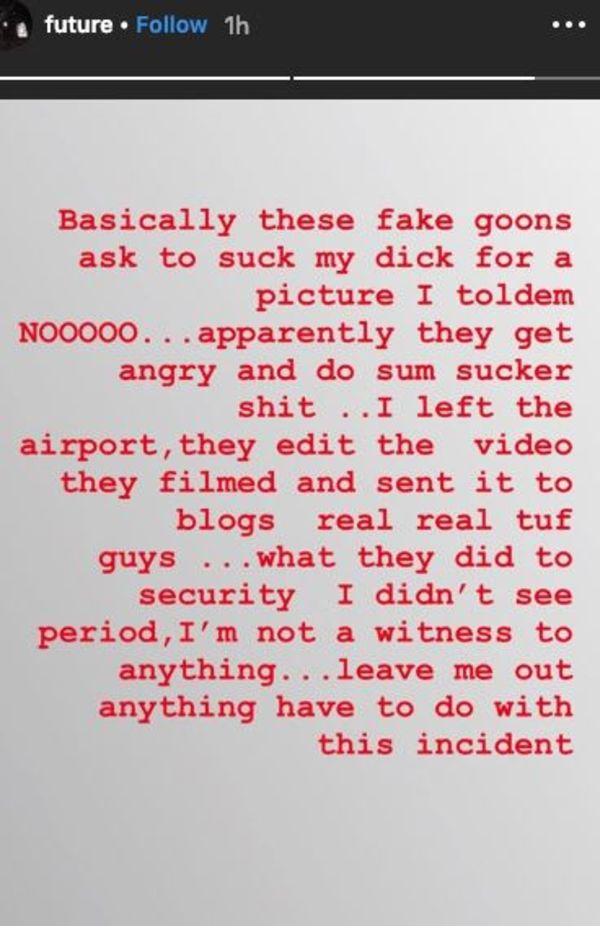 "Basically these fake goons ask to suck my dick for a picture I toldem NOOOOO," he wrote." That's when the guys began fuming."Apparently they get angry and do sum sucker shit... I left the airport, they edit the video they filmed and sent it to blogs. What they did to security I didn't see period, I'm not a witness to anything. Leave me out anything have to do with this incident."