Drake was probably never going to do his typical first-week numbers with Honestly, Nevermind.

It was a surprise album with no promo and it featured house music, instead of Drizzy's regular Hip-Pop.

HitsDailyDouble initially projected Drake's album to do 210k to 230 first week.  This would be a big drop from the 600K plus his last album Certified Lover Boy did last year.  And it would be an even bigger drop from the seven-figure first-week Views did in 2016. 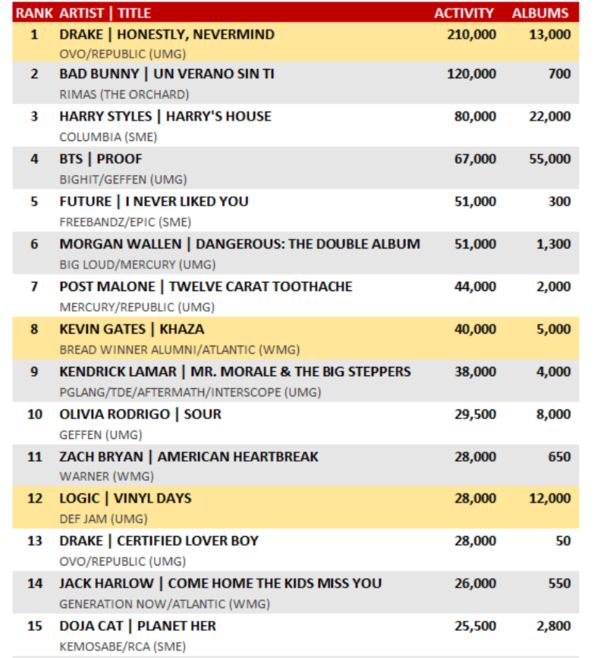 We will get the final numbers on Friday.