Earlier this week, Gucci Mane dropped off of social media. A move which his engineer Sean Paine said was to build anticipation for his release from prison.

At about the same time, Gucci's record label claimed he would be getting out of jail in March of 2016.

However, a bit of research into the Federal Bureau of Prisons throws some cold water on this news. Their records have Guwop finishing his gun charge sentence on March 6, 2017.

Could it be that 1017 knows something the Bureau of Prisons doesn't know?

Or was all the Gucci coming home hype based on a typo? 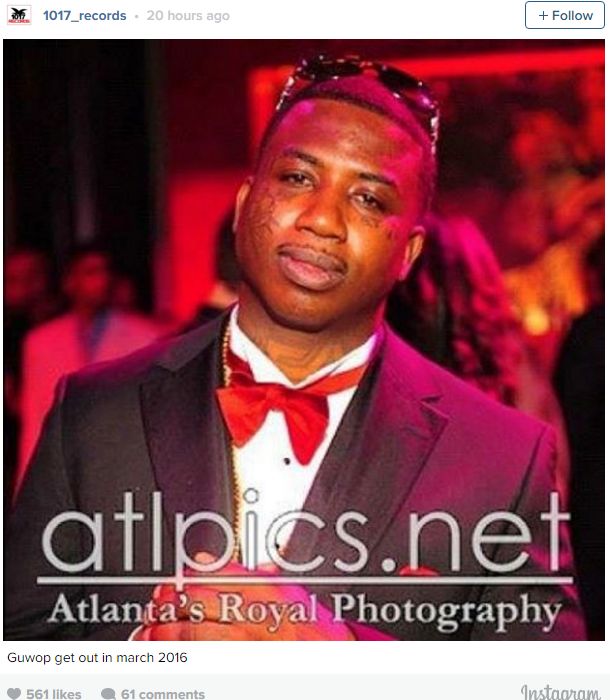