The big news yesterday was that Eminem and DMX seem set for a Verzuz match up.

Fat Joe thinks the world of DMX, who he calls "one of the greatest rappers of all time."  However, he thinks X has no chance against Shady.  He explained why on Drink Champs.

"There's something about that white boy, and his fans.  Nah bro.  That n*gga's David  Koresh.  That n*gga different," Fat Joe explains.  "Eminem was hot when we came out. His fans from day one when he was making "Stan" and all of that are 40, 45 years old.  These white people they teach their kids who are ten years old that Eminem is the greatest.  You go to the airport ten years are playing his hits ... they keep teaching their kids that he's the man."

Joe also relayed a story about Eminem's approach to the "Lean Back" remix.

“He sent me that same verse 30 different times, saying it with a different tone, lighter tone, like he wouldn’t make up his mind. 30 different takes and verses. The same verse. Same verse ... Different flows, different high or low. I don’t know what to tell you. This dude is such a perfectionist. It was like, ‘Alright, we know the verse. Can we let it go? We’re running down to the wire.'” 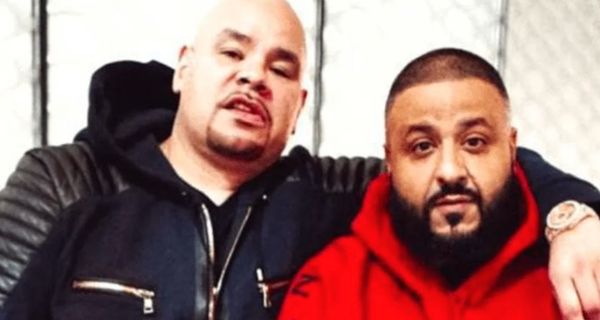