A new poster from legendary memorabilia makers the Costacos Brothers has Russell Wilson armed and dangerous. 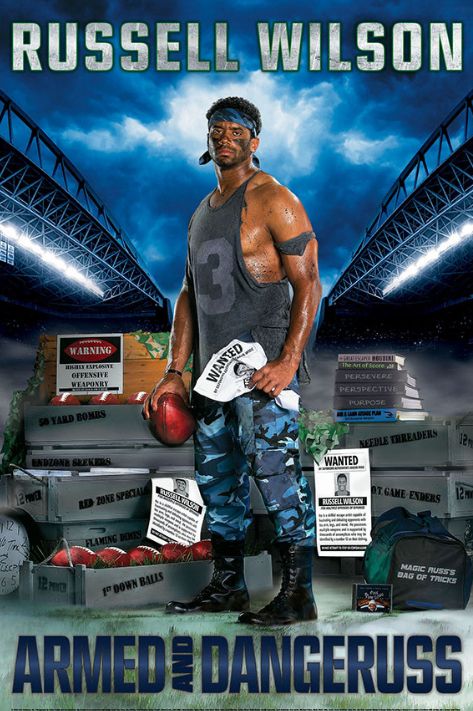 The poster cost 20 bucks, and the proceeds go to Wilson's Why Not You Foundation" which aims to inspire and prepare tomorrow's leaders.

That's all fine and good. But it didn't stop the Internet and the Future Hive from going on in the Seattle QB's ridicolous pose.

I bet Russell Wilson made sure he would never have to look Marshawn Lynch in the eyes while in a huddle again before releasing that poster — Clemzingis (@TheClemReport) July 27, 2016