Eminem's Home Invader Matthew Hughes Had Been On The Loose

Last year,  Matthew David Hughes got into Eminem's gated community outside of Detroit in the middle of the night and then used a paving stone to smash a kitchen window and enter Em's home.

Eminem found Hughes in his living room and was understandably quite startled.

Things got even worse when Hughes said he was there to kill Shady.  Luckily, he didn't.  Instead, he was arrested on charges of first-degree home invasion and malicious destruction of a building.  It turned out that was the second time he had tried to find Eminem in his home.

Hughes had been out on parole.

But he continued to get in trouble, assaulting a mall security guard and missing an appointment with his probation officers.

The good news for Eminem is the authorities found him, and he has been detained in the Macomb County Jail until his sentencing date on December 15.

50 Cent Bait: Projections For The Game's 'Drillmatic' Album Are Dismal a day ago / Charts News 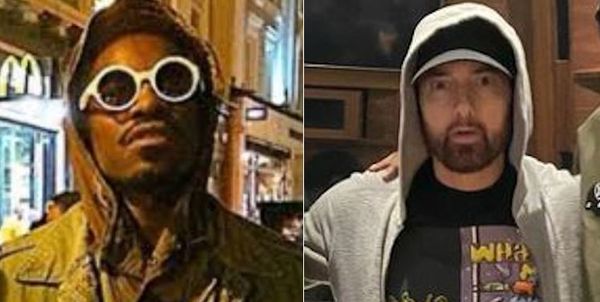