Eminem Sold The Most Albums In 2018

These days, the easiest way to rule the charts is by accumulating streams.

But the most lucrative way is the old fashion way: Album sales. 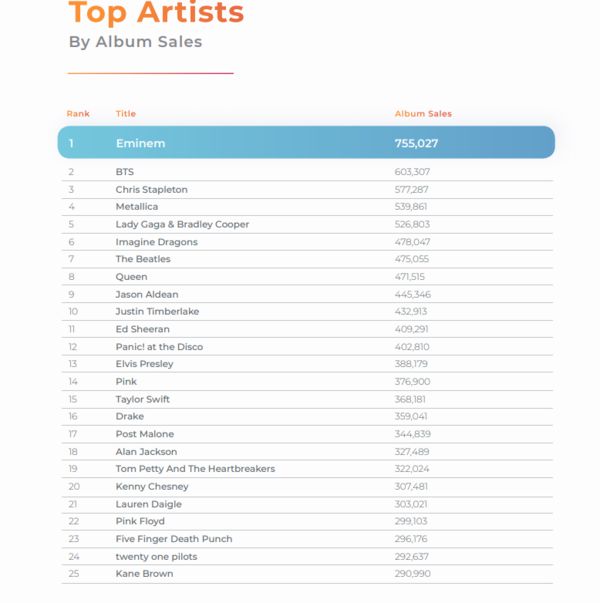 And Shady was no slouch when it came to streaming, trailing only Drake, Post Malone and the late XXXTentacion in that category.

You can check out all of Buzz Angle's report here.

Numbers For Kendrick Lamar's 'Mr. Morale & The Big Steppers' Come In Under Expectations a week ago / Charts Charts