Jimmy Butler was among those impressed with a photo Gabrielle Union posted on Instagram yesterday.

Butler went all caps in response. 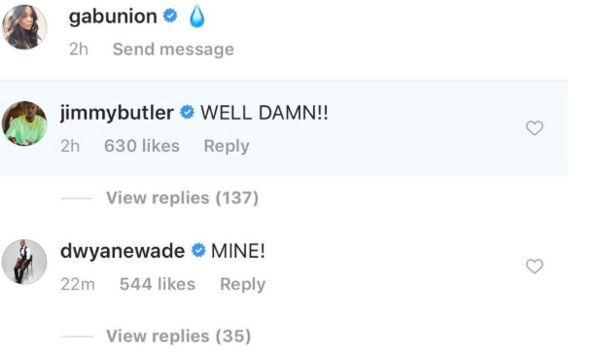 Union, of course, is Butler's fellow all-star Dwyane Wade's wife and Wade was quick to lay claim to her.

"Put welll damn in caps on my wife photo again and you're gonna see what the good, the bad, and the ugly is like," Wade said after a little back and forth.

Butler's response to that suggested this was a friendly confrontation.

What's the proper response when a good friend's wife thirst traps like that? Isn't it rude not to say anything?