In an interview with Nick Cannon, Drake's pop Dennis Graham claimed that all of Drizzy's lyrics about him being an absentee dad were untrue.

He added that Drake admitted he spits those lies because it helps him sell records.

"I had a conversation with Drake about that. I have always been with Drake," Dennis explained. "I talk to him if not every day, every other day. We really got into a deep conversation about that. I said, 'Drake, why are you saying all of this different stuff about me? This is not cool.' He's like, 'Dad, it sells records.' Okay, well cool."

Drake listened to the interview and fired right back at his father on Instagram Story: 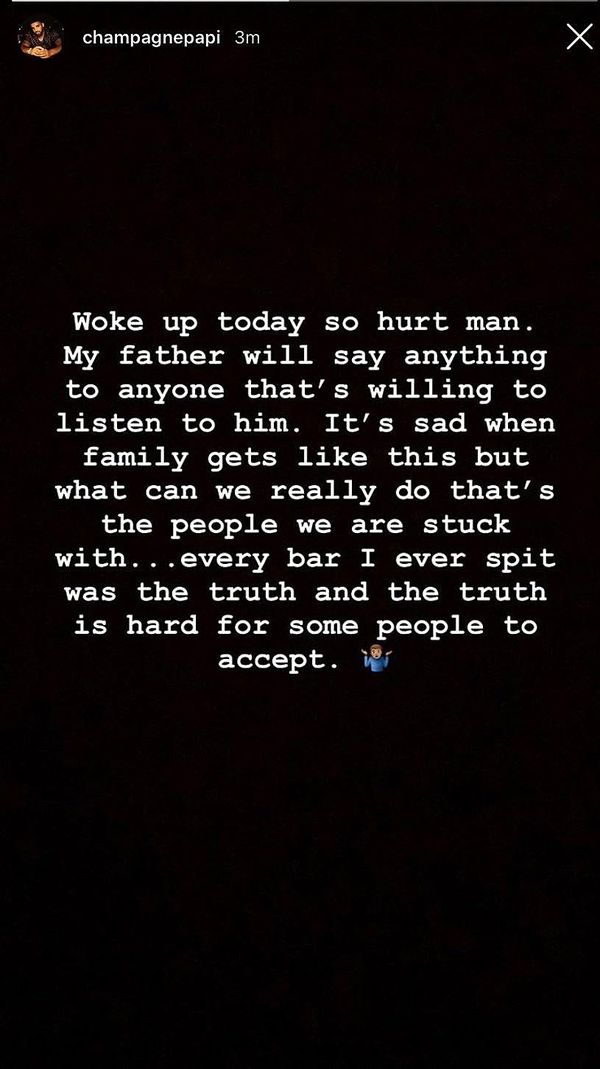 "Woke up today so hurt man," Drake typed. "My father will say anything to anyone that's willing to listen to him. It's sad when family gets like this but what can we really do that's the people we are stuck with...every bar I ever spit was the truth and the truth is hard for some people to accept."