However, that doesn't mean he isn't hard at work on the project. 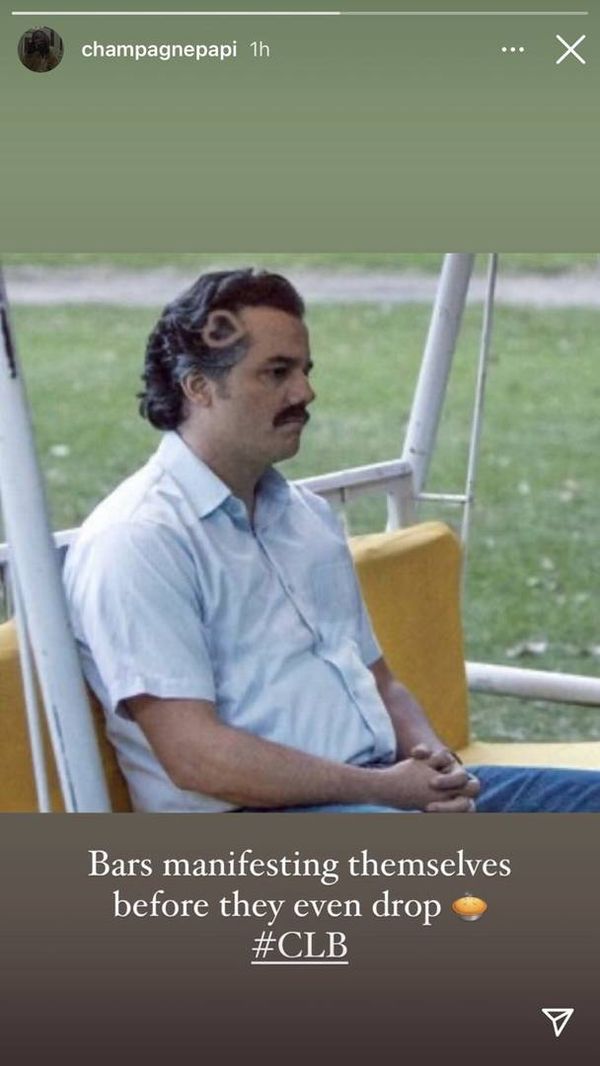 "Bars manifesting themselves before they even drop," wrote Drake on Instagram Stories.

While there is no date for the album, the word is Drake is surveying the landscape for the most impactful time to drop. His last album, 2018's Scorpion, had a 732K first week, down from the 1.04 million Views had done.

Does the downward trend continue or does Drake push seven-figures first-week again?