Doja Cat got put through the Twitter ringer after it was found that she had been hanging out in chatrooms described as "racist" and "incel."  She was also asked to explain her 2015 track "Dindu Nuffin", which takes its title from an alt-right term for black victims of police violence

Doja, who has a white mother and a Black South African father, addressed the controversy at the time, apologizing to all who were offended.

However, she's been slowly backing away from that "sorry."

Last month, she said she's tired of being bullied and denied her chatroom friends are racist.

Today, she said that she wasn't the one with identity issues. 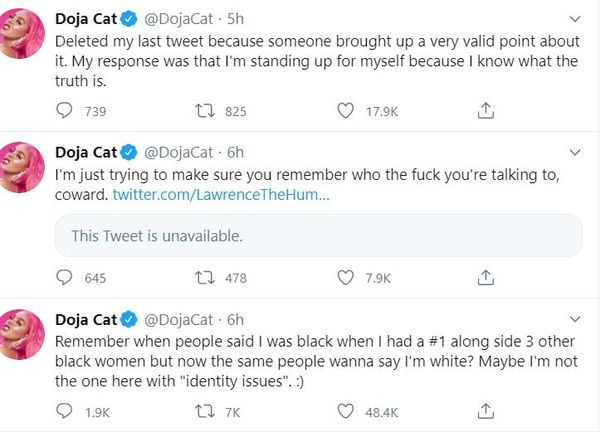 “Remember when people said I was black when I had a #1 along side 3 other black women but now the same people wanna say I’m white? Maybe I’m not the one here with “identity issues”. 🙂 … Deleted my last tweet because someone brought up a very valid point about it. My response was that I’m standing up for myself because I know what the truth is," Doja typed, referencing her number hit Say So.

Unearthed Episode of MTV Punk'd Seems To Show T.I. Snitching On His Assistant a day ago / News News