DJ Akademiks has been going wild lately. He's in high profile beef with Meek Mill, Freddie Gibbs, and Ben Baller and now you can add John Legend and Chrissy Teigen to the list.

Ak's big on sales numbers and he used the occasion of John Legend's new album Bigger Love's floppy first week to settle a score with Legend's wife.  (With a bonus shot at Gibbs.)

“[John Legend] sells 26K first week. It’s bewildering to me,” he said. “His b*tch be talking mad shit online. What’s… I dislike this b*tch so much, I can’t even lie to you. Chrissy Teigan. One time she sneak-dissed me so f*ck that hoe. Straight up and John Legend could hear that. Don’t have your b*tch dissing me because I don’t give two f*cks about none of you niggas.

“I don’t play that. I don’t care if you John Legend’s bitch or any other bitch. How about you take that f*cking big a$$ mouth of yours and that fucking weird a$$ looking face and start promoting your man’s album and maybe he wouldn’t do 25,000 fucking first week.  Chrissy Teigan suck a dick, straight up."

Ak then more specifically explained Teigen slicked tagged him in an IG post.

Is Ak's bestie Tekashi 6ix9ine rubbing off on him or is he going through a Soulja Boy-style breakdown? 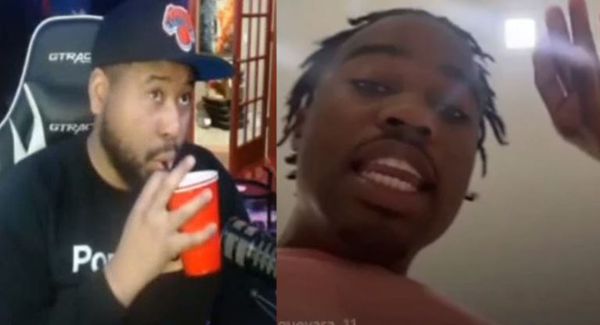