And Willis has said more high-profile RICOs are to come.

According to DJ Akademiks, it's not just Atlanta-based rappers like Lil Baby who should be getting nervous.

In an interview with VladTV,  Ak explained that rap RICOs may be coming to a city near you and predicts so many street rappers will be locked up that the sound of the game will change.

“I think rap is going through a cleansing right now,” he explained. “As I said, all these D.A.’s they're following each other. The Philly D.A. — they said, ‘We know so and so is beefing with so and so, like two gangs. They say, listen, If you are in these gangs, you better stop and if you around these gangs, you better get the hell away from them. Indictments are coming.  They literally just said it, Ak explained.

“And they named 10 of them. It's one of those things like the police are kind of keen to what’s going on and they’re also linking it a lot with music. We’re in the biggest gangsta era ever now. I used to think when I was a kid that the biggest gangstas was in 90s and 2000s, till I talked to them dudes and they was like, 'there's was never this much bodies.'  Rappers are dying way more frequently and what's happening now is the police got to react to that so they going to incarcerate way more rappers than ever before.  I think this era is going to come with new music.  Because after they lock up all of these real street n*gga rappers it's going to go back to Cudi and sh*t."

You ready to get your backpack back out? 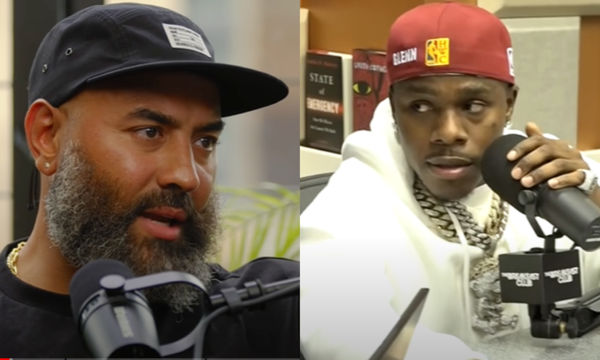