There were multiple reports last night that Tory Lanez was either deported or self-deported because of an incident that left Megan Thee Stallion with bullets in her feet.

Tory is a Canadian citizen and getting charged with a felony for carrying an illegal concealed weapon, as he has been, could have violated his visa.

However, DJ Akademiks says tales of deportation are cap. 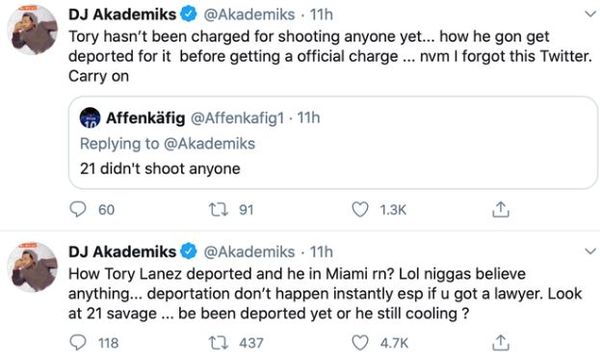 "How Tory Lanez deported when in Miami rn?  Lol n*ggas believe ... deportation don't happen instantly esp if u got a lawyer.  Look at 21 Savage ... he been deported yet or he still cooling," Ak, who was born in Jamaica, explained.

Even if Tory is still in Miami if he ends up getting convicted of the weapons felony or worse he could ultimately get deported. 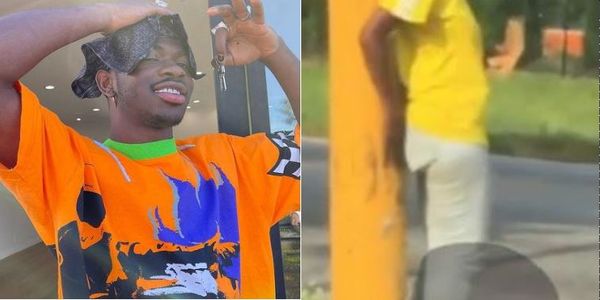