Right around when NC spitted  DaBaby blew up, he got into a Louis Vuitton store altercation with rival rapper Cam Coldheart during which Cam was left knocked out, bleeding and without pants.

It's been a year since then, and now Cam is claiming the beatdown was a hoax and he was paid enough money for participating in it to get a fancy new home and car.

"It was fake. It was a hoax . Some parts was real, but it was definitely heavily fabricated after the fact.  That's Hollywood.  Everything I said, everything on the internet for the past year was for money, you feel me.  N*gga in Hollywood you have to put on a show to make money, you hear? This rap sh*t is not street. It's about money, period.  We got all the media money.  So now back to reality ... I don't even know how you guys didn't even know.  I'm out here moving to the sky, buying foreigns. My whole life changed ... We get paid off how stupid you haters is ... I fooled you."

DaBaby has a history of issuing beatdown, and if Cam is telling the truth (and he may not be) it's possible Dababy was paying off more of his "victims" to create a tough guy buzz.

Although the guy DaBaby killed was probably for real.

Remember #camcoldhearted brehs... he’s here to still explain how him and #dababy fight was all staged to make #dababy career bigger and he was just acting knocked out 🤯🤯 and da baby paid him off on da low 🤯🤯🤯🤯. Y’all believe him or did da baby fists give him some brain damage??

Brehs... #camcoldheart claims he’s exposing the truth behind da baby viciously beatinghim down. He claims it was basically a skit... 🤨🤨 y’all think he tryna turn a L into a W Or u believe him 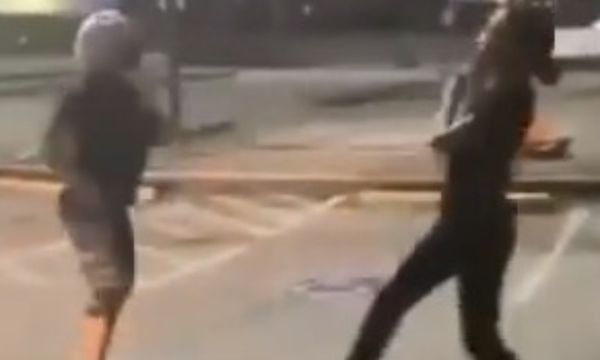 Nas Speaks On How His Beef With JAY-Z Elevated Him, Hov And Hip Hop a day ago / Beef Beef