Chris Brown Is Coming For Quavo

Chris Brown's team has won the second season of the celebrity Crew League, with his OHB squad besting Pardison Fontaine's Section 8 crew in the final.

With the trophy secure, Brown had another celebrity in mind, calling out Quavo in his post-game comments.

"Aye Quavo, get your bitch ass out here," he told reporters after the game, imploring the Migo to enter the league.

Earlier this year, Brown was unimpressed with Quavo and Jack Harlow's victory in a 2 on 2 tournament Brown wasn't invited to play in.

"They knew who not to ask for on that 2 on 2 basketball," Bris Instagram posted. "I wouldve cooked Quavo and Jack! On my soul! Guess they wanted a smoke free zone."

If you got back about five years, there were reports Brown was feeling a way about Quavo stepping out with Brown's ex. Karrueche.

So it's unclear if this is about love or basketball. 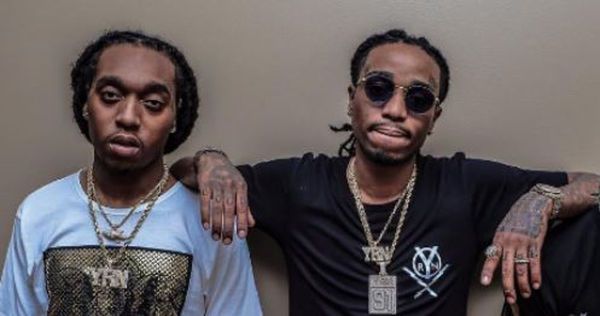 Tom Brady Is Retiring ... But For Good This Time 4 days ago / News Sports